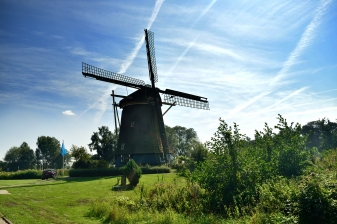 What’s more Dutch than cycling in Netherlands, by the canals, across picture perfect windmills, across green meadows with highlander cows and sheep dotting them? On a delightfully beautiful and sunny morning I decided to cycle from Amsterdam to a picture perfect village on its outskirts and discover a gem at the end of the ride!

Amsterdam derives its name from the Amstel River that flows through it. It has traditionally been as important as the Seine to Paris. I had read about a cycling trip along the Amstel river into a village called Ouderkerk and back, about 16 kms in all and being as flat as a pancake, it was the perfect cycling itinerary for me. I rented a bike at the bustling city center of Amsterdam and began cycling (for details of how and where to start this cycling trip please see: https://www.bikingamsterdam.com/en/routes/amstel-ronde-hoeproute/ ). It took me about 15 minutes to get used to the left-hand side to right-hand side switch. Within minutes I had left behind the chaos of Amsterdam and had cycled into the traditional countryside of Netherlands. Soon, the well-marked cycling path guided me along the Amstel bringing the smaller neighbourhoods in view and later just green meadows all around, providing fantastic scenery to my eyes. 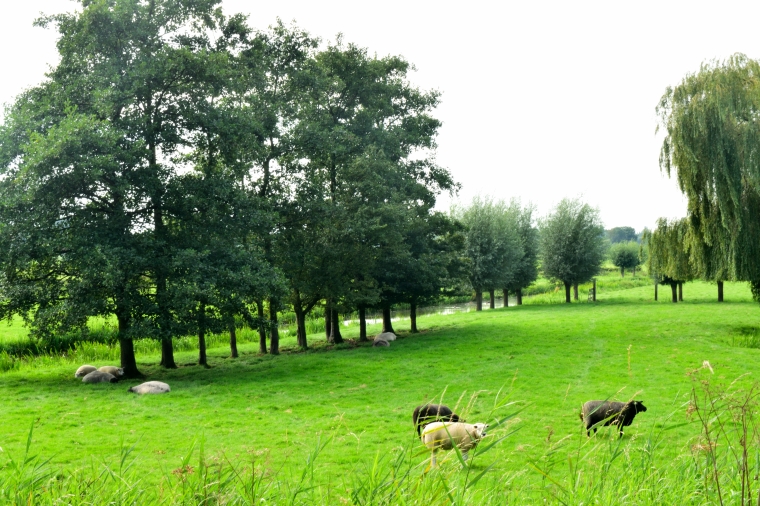 I cycled very slowly, taking some photographs of a 17th century windmills, grazing sheep and cows and soon I could see the village of Ouderkerk across the drawbridge by noon. I parked my cycle and made a small picnic with traditional Dutch cheese, overlooking the beautiful river. I made it a point to visit a quaint Portuguese-Jewish cemetery called “Beth Haim” located in the heart of this village. It is interesting to know that almost 400 years ago, the Jews weren’t allowed to have a cemetery in the city of Amsterdam so they had to come all the way to this village to have it built here. With ornate decorations on some of the tombs, today this cemetery is the oldest one in Netherlands. These small hidden gems are so worth cycling to! 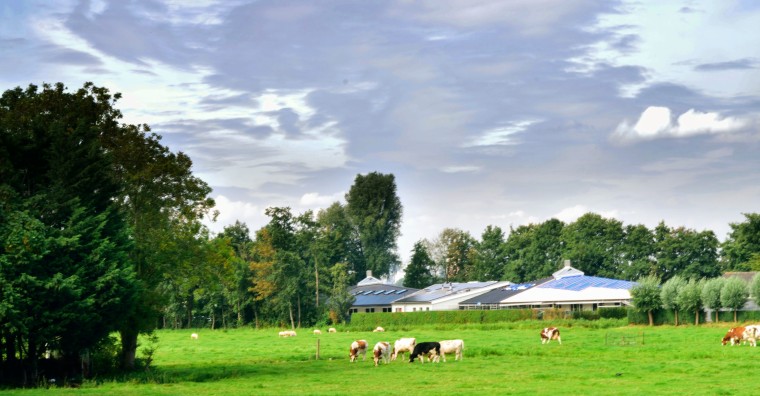 While cycling from Amsterdam to Ouderkerk was easy, my direction disorder leaves me clueless as to how to go back. Looking back though, it’s silly, it should have been easy! A very kind elderly lady on a cycle (yes, everyone cycles here) noticed that I am completely lost and despite her limited English, cycled with me for a while and pointed me in the direction towards Amsterdam. I cycled for almost 8 kms when I realised that perhaps it might not be the right direction and I finally had the sense to ask someone. Now the gentleman whose assistance I had sought pointed me in the completely opposite direction. While the lady was very kind, she was wrong! Now I cycled back and really I wasn’t complaining because the vistas were all really beautiful. The added advantage was I was not cycling along the same side of the river, but was cycling across the bank. After an additional hour of cycling, I finally started seeing the panorama of the city of Amsterdam and soon reached the city center. I returned my bike to the rental store and made my way back to seeing some more of the canals of Amsterdam (I just couldn’t get enough of them!), visited the Albertcuyp flea market, window shopped for a while though ultimately I did pick up some souvenirs there. At the end of the day I was very tired, thanks to the additional cycling I did! I slept very well that night.

12 thoughts on “Cycling the Dutch way”

All posts and photos are © Lalitha Raghavan

Largest bas-relief work in the world 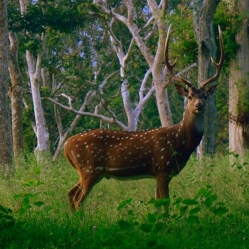